When I was a high school teacher–something I did for almost ten years–I made many mistakes while working with students and their families.  I often say they taught me more than I taught them.  And, while I hope that isn’t technically true, the sentiment sure is.

Mistakes in lesson plans or curriculum choices were to be expected, and not really a big deal.  One of the traits of a good teacher–and leader–is a willingness to experiment with new ideas and new approaches.  But the mistakes that really mattered were those that hurt a young person or damaged our relationship or ability to work together. 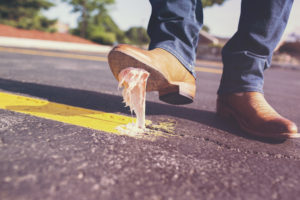 Upon reflection, those types of mistakes–whether in the classroom or in the years since as a manager or leader–most often occurred when I wasn’t being intentional with my words or my actions.  It was an off-handed comment made for a laugh, being dismissive because I was tired or running late, or not taking the time to hear the student, because what I had to say was more important.  In those moments I forgot what the purpose was for the interaction, and said or did something hurtful.  Students, with their ability to give raw, unfiltered feedback would make it clear when I made these mistakes, though I am sure there were those I was never aware of as well.

Working relationships are made through the hundreds or thousands of interactions we have with our colleagues and those we lead. It is essential to be intentional in our interactions to build positive, productive relationships that benefit our organization.  By being intentional, or mindful, we are keeping the purpose of our relationship at the front of our thinking.

I’ve had people in workshops say that this sounds manipulative or insincere.  They say it’s more important for employees to see us as who we really are. These things are not mutually exclusive.  We monitor or comments and actions when interacting with our loved ones all the time.  We think carefully about how we discipline our children or give a spouse feedback on something important.  We do that because we value those relationships and know that we are in them for the long haul.  Being intentional with our actions in the workplace sends the same message.

I’ve also had executives tell me that their people just need to toughen up, and not be so sensitive.  Maybe so, but if the people you work with consistently feel you are rude or uncaring, that quickly becomes as much your problem as theirs.  Being intentional with your words and behaviors will allow you to build relationships that withstand misunderstandings or serious conflicts.

A Quick Reflection
Take a second to reflect on the last interpersonal conflict you had.
What started it?
Was it something you did or said?
Did it happen when you were being intentional, or did it happen unintentionally?
How can you fix it?
If it was the result of something the other person did or said, is it possible it was unintentional?
Can you give him/her the benefit of the doubt and move forward?

Moving Forward
Those of us who interact with people (everyone) are going to make mistakes. Being intentional with your words and actions will help you avoid some of those mistakes, and create lasting strong relationships.

Be Intentional is one of the key concept from our unique approach to leadership, Endurance Leadership. Contact us today to talk about how this approach can improve your team or organization’s performance.

Error: (#10) This endpoint requires the 'manage_pages' or 'pages_read_engagement' permission or the 'Page Public Content Access' feature. Refer to https://developers.facebook.com/docs/apps/review/login-permissions#manage-pages and https://developers.facebook.com/docs/apps/review/feature#reference-PAGES_ACCESS for details.
Type: OAuthException
Code: 10

1
In reply to Eric Chandler
Wednesday, December 23rd, 2020 at 5:13am
@ShmoF16 One of my all-time favorite books.
View on Twitter
1
In reply to Eric Chandler
Thursday, December 17th, 2020 at 5:12am
@ShmoF16 @lineofadvance I ordered it today from our local bookstore!
View on Twitter
2
In reply to Covid is not finished with us
Sunday, November 1st, 2020 at 11:06am
@NicoleVCook @Surgeon_General Once your six year old is a teenager you may understand. We’ve had similar tough conversations with our teenage kids throughout this pandemic. It’s an unending onslaught. Thanks for leading @Surgeon_General and sharing reality.
View on Twitter
4
In reply to Bryan Hansel
Thursday, October 29th, 2020 at 6:02am
@bryanhansel We got 4-5 in Ely. Headed skiing as soon as I get done with the driveway.
View on Twitter
1